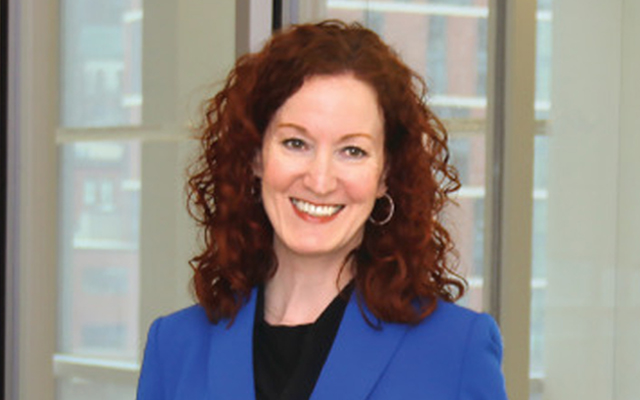 Melissa leads BCBSRI’s commercial, government, and ancillary businesses and in addition, oversees product development, brand and marketing, customer service, and operations for the company. She is also leading the company’s emerging retail strategy as well as defining and delivering a consistent experience for Blue Cross customers.

Melissa has demonstrated success in developing local market strategies within consumer and commercial markets and in creating a differentiated experience for customers. She came to Blue Cross following a seven-year career at Aetna, where she led the national insurer’s product strategy, development, and management functions in the U.S. individual, small, and mid-sized group markets. In addition, she held a number of other leadership roles at Aetna in the areas of business operations, strategic planning, and executive talent acquisition and development.

Prior to joining Aetna, Melissa was with CIGNA Healthcare, the largest division of CIGNA Corporation, for nine years. In her last role at CIGNA, Melissa was the director of leadership development and managed the HealthCare Leadership Program (HLP), a rotational general management training program aimed at developing senior leaders for CIGNA HealthCare. Melissa joined CIGNA HealthCare as an associate of the HLP and graduated from the HLP program. Additionally, she was the first HLP graduate to hold the program manager position. During her tenure at CIGNA, Melissa held a number of leadership roles across many areas of the healthcare business, including product development and management, service and operations, sales, and underwriting.

Melissa holds a B.A. from the College of the Holy Cross, where she serves as a board member for the Alumni Association, and an M.B.A. in Health Care Management from the University of Connecticut.

Melissa’s community commitments reflect her investment in her Rhode Island roots. A board member for the American Heart Association’s Southern New England chapter, she also serves on the Eastern States Regional Board for the American Heart Association. She is deeply involved with the Go Red for Women campaign, having served as chair of this event in 2017. Melissa is a board member with Playworks New England and also serves as a member of the Healthy Bodies Healthy Minds board in South County, RI.

Melissa lives in Rhode Island with her family.